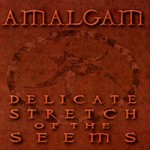 Don’t be hatin’. Science can now prove that hatin’ is bad for your health. The California court system helped restore some faith in the governmental system today. They gave us a little 1st Amendment lesson that Prop 8 unconstitutional. Whew.

To recap the 1st bit of the constitution… “Congress shall make no law respecting an establishment of religion, or prohibiting the free exercise thereof.” If ever there was a law that was backed by religion and pushing the respect of some religion it was Proposition 8. It was based on hatred. Religious hatred. Thankfully it was found unconstitutional, as it should have been. Reality is, it should have never been on the books or proposed in the first place.

Shame on those who hide behind religion saying they’re good natured, full of forgiveness and tolerant, when they back things like Proposition 8. Sadly, the most intolerant people I tend to meet in this world are those who are heavily religious. Most of the unforgiving people I’ve met are religious. So how exactly is it that I’m to believe any organized faith that they truly promote all the facade when their propaganda.

BTW – Hate is bad for you health. If you’re religious & not forgiving others that don’t believe in your faith, you’re endangering your health.

Thus being that this is a day of people needing to take their own lives into their own hands and not blame others for their shortcomings – I’m going to roll with a song. That song is: I Don’t Blame. The artist is the person you’re reading right now.

The song is about not blaming others. It’s about being responsible for yourself and not forcing it upon others.

If you love it, grab it on iTunes. You could also go the website link and grab a free song from the album (A different one).

In the meantime, if you’re angry that the 1st Amendment has made Prop 8 unconstitutional then you need to learn to let it go and be forgiving as your religion implicates you’re supposed to be. Don’t blame others if they aren’t following your faith. Prove yourself by being the awesomeness you think the world should be.