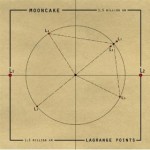 And so it is. I’ve moved into the next phase of working out. That is P90X2. I started it yesterday and today was day two of it. Plyocide. What I’ve noticed so far is that the workouts are deceptively hard. They seem easy, but they are not. I suppose the one thing it’s going to keep me from eating is a good mooncake recipe. However, I may have to attempt to make some organically.

Which is my tie into the music you’re hearing today. It’s a band called Mooncake. They’re a Russian band. What you’re hearing is the music from an Acoustic DVD that they’ve released. It’s mellow and slow evolving, at least this particular tune is. Novorossiysk 1968. I have no idea what it means. I’m guessing it’s something significant to do with 1968.

The video isn’t really the focal point. It’s the 3 people playing the music. The more you let it play the cooler it gets. That’s a good thing.

Right now, I’m in need of geting back into writing mode. Time to knock out some more music for a project I’m aiming to get. Thus I’m going to leave you with the musical mooncake recipe while I go make some more music myself. Have a great day!