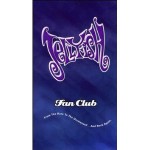 It’s no state secret that I’m a fan of most things Apple. It used to be all things Apple, but I have to say there are some things I’m not so sure about anymore. Doesn’t mean I don’t dig the platform. In recent days Apple has unveiled Mountain Lion and announced some of the directions they’re heading with the OS. One item I’m not so keep on the Gatekeeper. I understand it. But I still prefer the way my audio app works now. Not sure how that’s going to change in the next iteration. But for me today, I’m playing with Messages beta.

Initial impression is that it’s very similar to iChat and that’s a good thing in terms of how easy it is to use. In my opinion it’s actually a nice next step. I have it integrating with my iMessages on my iPhone. The really cool thing about it is that all conversations link up. So I can now move from device to device and not miss a beat. The only downside I see about that right now is that if I don’t turn off my phone’s alert tones, I’ll have too many tones going and it’ll drive me nuts.

I like how it still incorporates other services and if I’m not mistaken it’s added a few more. Not that it really matters to me. I primarily use it for Facebook and AIM messages. But AIM is going fewer and farther between. Add messaging between Apple devices and I’m now able to cover a lot of people I know. That’s a plus.

There is one thing that bugs me about the beta, and it is something that hasn’t been an issue in iChat, thus it’s new behavior that isn’t good. And that is if I have my chat window open top to bottom and I fill the input up with more than a line of text, once I hit send button, the bottom of the window bounces up. It doesn’t stay down. I really hate that. But I’m sure Apple will fix that at some point.

This is a music blog right?

Let me get to some music. It’s also been a long while since I did a Sunday post. So in honor of the old Sunday’s Child, this song isn’t available online.

It comes from a boxset by a band called Jellyfish. One of the most amazing bands that never made it big. They still have a pretty hard core cult following. At least I’m aware of it. I actually went to a show last year for a band that had members of the follow up band from Jellyfish – Imperial Drag. Crazy stuff. Still playing shows in some iteration or another once in a while and it gets people out.

This little gem is from a song called Glutton of Sympathy via a rehearsal. I never really taped a rehearsal. I ought to it. It’s a good idea so band members can go back and hear their playing.

Generally I’d say that people who beta test products and software deserve some sympathy as they’re working to find the kinks. Like being a glutton for punishment.

Do what you can to find the boxset in stores. May only be on Amazon at this point. Worth every penny.

In the meantime, I’m going to continue playing with messages beta. Though I need to find a way to send feedback. Now that I found something that needs to be fixed. Otherwise, if you’re diggin my new digs and you’re inclined to get a little something from me – join my email list (the little box in the upper right).