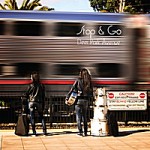 A little over a week ago I got beat down. Not a classic beat down in a dark back alley. No, I got a bacterial beat down. I get out into the public quite a bit. A lot of us do. However, I opt out of going out in public if I get sick. I really wish other people would inhabit this mentality. Why? As it turns out, I ventured out to enjoy some time playing cards. While I can’t pinpoint, the person, I do think I know which person it was who was “under the weather”. What I don’t get is, it wasn’t a requirement to be there, so why be there when sick?!? Especially when it’s Strep throat. Fuck you for exposing it to at minimum of 40 other people at this event. You’re not that awesome and it’s your self importance that blows.

I’ve been hearing of this recently beyond being ill too. It happens in sports. I know of a sport where an athlete has recently decided to take on the governing body. Chances are they have overinflated their importance to the sport and will have likely destroyed their career.

This also happens a whole lot in entertainment. Music particularly. I can think of several artists that are petulant and believe they are better than they really are. Some are famous, some not so famous. There’s a fine line between being confident and being arrogant. Confidence is great, arrogance is supremely annoying.

How do you find that line? That’s a very good question. Pay attention to what people say or act around you. That’s the simple answer.

What would be a good transition from all that into writing up a song? There isn’t one. Here’s a song by Deer Park Avenue which for some reason reminds me of what I call my home town, Park City and the finger land of Deer Valley. Why? Because there is a Park Avenue that runs a good portion of town, and of course the Deer part of Deer Valley. To further that, Deer Valley is considered the “money” area of millionaire 2nd homes. With Deer Park Avenue’s song – Millionaire, I make it that way.

There’s a strong collegiate vibe going on in the recording. It’s not super polished, but there’s a good vibe there. From a production standpoint, I really think there’s a power hidden in there that could be unleashed with a bit more mixing polish. That’s a personal preference. I do like the vocals. They’re the standout point in this song.

The build into the chorus really a good way to push into it. I’d love to hear those punches really punching me hard. The elements are there and it will be interesting to see where they go when they get to polish themselves up a bit more from a production standpoint. The great thing is, the song is there. I’d be interested in knowing what they’re like live.

In the meantime, don’t be that person that is going out in public while sick, that kind of self importance blows. Watch your arrogance. Be confident, but don’t be a dick. That’s the trick. To that end, get Deer Park Avenue’s song from your favorite store. Get on their email list. Get on my email list while you’re at it. Enjoy your day!