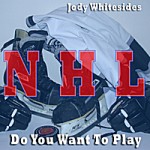 Today is smart and weird day in NBC sports. Right now they’re getting geared up for a big hockey match and they’re having to postpone the start time. The smart thing is they’re doing it for the benefit of the two teams involved. Surprisingly there are people who are upset. I bet it’s because they’re attempting to keep a schedule in their own day and now it’s offset by two hours. For me it’s going to be my first time watching the NHL Winter Classic battle.

In watching the network fill time they’re explaining the tech behind the ice. It’s rather fascinating how they’ve built the rink in Citizens Bank Park. It’s a marvel of sensors that can track the temp on any part of the rink. Thus they’ll know if the ice is getting to warm and melting. Which is part of the reason for the delay. The outside temp is a tad warm. The other reason is the glare of the sun off the ice. The later start time allows for the glare to go away.

The two teams facing off today are the New York Rangers and the Philadelphia Flyers. At the moment the Rangers are two points ahead of the Flyers in the Eastern standings. Thus this game has a great deal on the line for each team. It will be a great battle no matter how it’s sliced.

Aside from story about the rink and ice, NBC has been running sports highlights from many sports and years. It’s quite exciting to see some awesome moments from sports past. I have to wonder if this is something they’ve had ready to go for a long time or if there was a scramble to fill air time. Regardless, I’m enjoying it.

For those of you who are hockey fans, I’m letting it out of the bag that the song you’re hearing right now is something that can be yours for a very fair price. If you want this song, get yourself over to nhl.hearjody.com and follow the video.

Of course I’d only suggest doing so if you’re diggin the sound that you’re hearing right now. There’s no doubt that it is geared for the big arena and yet can feel right at home on your iPod, or other favorite audio player. Of course it’s also available on your favorite digital service as well. So get on out and grab it for yourself. Then you can watch the NHL Winter Classic Battle and enjoy it while I do too.

I’m also going to say I’d like your help in learning more about the teams and sports you love. I’m still a little ignorant when it comes to most televised games and the teams that people love. Thus if you’re willing to sign up for my list, you can help educate a musician in the world of sports. Just fill out the form in the upper right of the page.